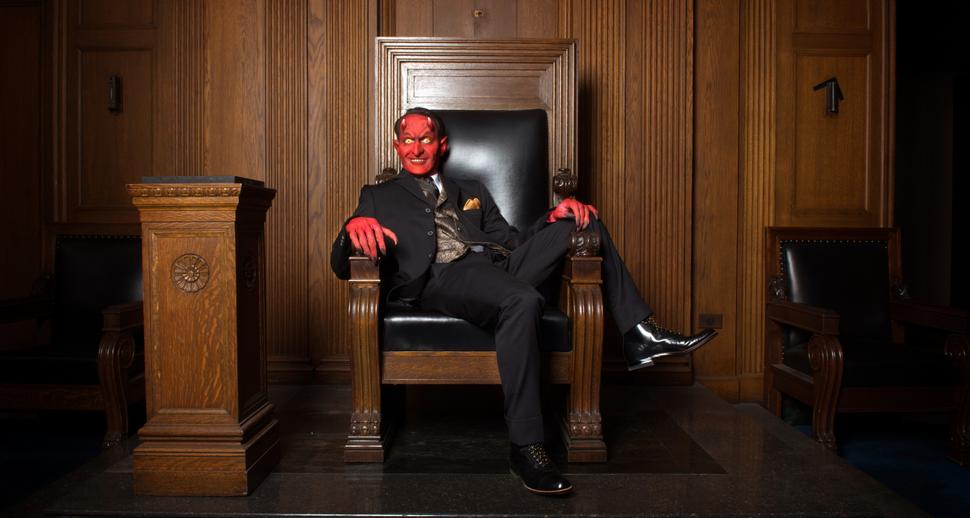 You're dead wrong if you think I have spent more than 315 years here just to torment Detroit.

I called this place home before Cadillac and his band of unruly French showed up and during the subsequent invasions of the British and then those damn Americans. I have always been connected to Detroit. I love it here.

For those of you unaware, I’m called the Nain Rouge. I'm a gnome, others call me a dwarf, who came to Detroit a few hundred years ago. Some call gnomes, dwarves and fairies mythological creatures but I’m living proof that we exist.

It took a while but I’ve come to love Detroit’s people and it’s place in the history of the world.

I have been called the harbinger of doom and have been blamed for all that goes wrong in Detroit. It is a burden I don’t wish on anyone. Ever since the French arrived I have been accused of malevolence yet never do I seek credit for the successes I helped Detroiters achieve. Because of my distinctive appearance, I have always been ostracized and shunned. Like most outsiders who are different, I wasn’t accepted and to this day continue to be misunderstood.

I have been accused of starting some of the worst events in Detroit’s history. It all started when Cadillac blamed me for St. Anne’s church catching fire. His cronies let me take the fall for their negligence and ever since I have been vilified for almost every bad event in Detroit’s history, from the great fire of 1805 to the riots of 1967. But just being nearby a catastrophe does not make one responsible.

As much as I have been around some bad times, I have been involved with scores more good things. I have contributed to some of the greatest achievements in Detroit’s history yet I do not seek out accolades. I allow those who I’ve helped take all the credit.

As the oldest resident of Detroit, I enjoy spending my time experiencing the many offerings this city has. Over 300 years, these activities have changed dramatically. The things Cadillac, Pontiac, Judge Woodward, Henry Ford, Coleman Young and I used to do for fun have come and gone. Every generation brings a new excitement to Detroit.

Because I have been silent all these years, I finally thought it time to assemble a list of my favorite things to pass time around here. Detroit will blow your fucking mind.

Take a look around and create your own list of amazing things about Detroit. It won’t be difficult...